I am all about chivalry. I do not believe that it’s dead! I think men and women have specific roles and when we embrace these roles we can maximize our purposes and make amazing things happen for the Glory of God.

That being said… is it a contradiction that I am also all about Girl Power? Because I am!! I am an independent woman! I can do for myself and I don’t NEED a man in my life to validate who I am.

Which is why I love the story of Zelophehad’s daughters found in Numbers 27:1-11. There were 5 of them: Mahlah, Noah, Hoglah, Milkah and Tirzah. They were stuck in the desert with the disobedient Israelites who couldn’t make it into the promised land. Their dad dies “for his own sin” and they were left with nothing. No brothers and apparently no husbands to take care of them these 5 women are penniless and basically homeless.

END_OF_DOCUMENT_TOKEN_TO_BE_REPLACED

Today we are back for another edition of Women of Numbers filled with more juicy drama. We will be hanging out in Numbers 25 where I’d like to introduce you to Cozbi.

I would consider Cozbi one of the bad girls of the Bible.

She was a Midianite. The daughter of a tribal chief of one of the enemy nations to Israel.

Needless to say she was one of the women who was off limits to the Israelite men.

And we all know that the things we are told not to do are the ones that are that much more alluring.

I think you already know where this story is going.

Nope. Not a Romeo and Juliet situation at all. Cozbi was B.A.D. BAD news!!!

END_OF_DOCUMENT_TOKEN_TO_BE_REPLACED

Check out Part I and Part II

In Numbers 12 we get to see a different side of Miriam. A not so pretty side. I think it’s relevant because we all have not so pretty sides. You know those faults and weak moments you wish you could erase from time and space.

Yup, I would categorize Miriam’s choices in Numbers 12 as one of her top 5 regrets.

Verses 1 and 2 set up the scene. “Miriam and Aaron began to talk against Moses because of his Cushite wife, for he had married a Cushite. 2 “Has the Lord spoken only through Moses?” they asked. “Hasn’t he also spoken through us?” And the Lord heard this.“.

END_OF_DOCUMENT_TOKEN_TO_BE_REPLACED

The book of Leviticus was a quick study. You only have two posts to catch up on if you missed them.

I am excited to begin the book of Numbers! Today we look at Numbers chapter 5. Maybe the title of this post gives a hint as to what the chapter is about.

END_OF_DOCUMENT_TOKEN_TO_BE_REPLACED

Hello my sweet sisters!! Reading through the book of Leviticus trying to find new biblical women to introduce you to has been quite the feat.

Last week I introduced the book with HELLO WOMEN of LEVITICUS 12. Check it out here.

I have read some really unsettling passages as well as some extremely scandalous ones that make The Bad Girls Club look like angels.

Don’t believe me? Check out Leviticus 18!

I was pretty shocked by that chapter in particular. The fact that God even had to explain that those behaviors were “perverse” baffles me.

I finally came across a woman who was actually named in chapter 24. The first one to have her named recorded in the book of Leviticus thus far.

END_OF_DOCUMENT_TOKEN_TO_BE_REPLACED

Well, HELLO 2016!!! I’ll be writing a 2016 post soon but let me just say that the year started and took me by storm. I literally had no other option but to hit the ground running. Have you had the same experience with the start of this new year?

Have you ever read the third book in the Bible? Geeze Leviticus! I won’t tell you all of my thoughts because go read it for yourself. Let me just say that it took some time… a lot of time to find the women in this book.  🙂

I found an entire chapter just for us ladies!!!

If you know anything about the book of Leviticus you might be cringing at what this chapter is about. With good reason.

END_OF_DOCUMENT_TOKEN_TO_BE_REPLACED

I can’t believe this is the last post for Hello Women of Exodus. Two entire books of the bible covered this year! Only 64 to go, LOL. Wow! The feels! From pride for the follow through to excitement for what’s to come to expectation for how God could use these studies. It’s been a heck of a year but I am extremely grateful that you’ve stuck by my side and encouraged me to continue going…. not what this post is about… sorry for the tangent.

It was a challenge towards the mid to end sections of Exodus. There were fewer and fewer women to be heard of. I had to dig a little deeper and become somewhat creative. I think it worked out well as we got HELLO WIVES & DAUGHTERS OF EXODUS 32 and HELLO DAUGHTERS OF EXODUS 34.

END_OF_DOCUMENT_TOKEN_TO_BE_REPLACED

Exodus 34:16 And when you choose some of their daughters as wives for your sons and those daughters prostitute themselves to their gods, they will lead your sons to do the same.

Some back story: God is talking to Moses about going into new lands. You know taking over the promised land and being around people who did not believe in the Lord of Israel. This was a warning verse. A precaution if you will. A word of wisdom from the creator of wisdom. God knew why He said it. Regardless it seems like such a harsh word. To straight up call these daughters “PROSTITUTES”!

What exactly does the word “prostitute” even mean?

Google defines the verb of “prostitute” as:

Using this definition I have a clearer  understanding of this verse. I think I understand what God is trying to say about these girls.

You know the way that we as believers use our God given gifts and talents to serve, bless and glorify Christ, the same way these unbelieving daughters used their gifts and talents to worship idols. They gave their time, resources and efforts to corrupted and unworthy lower case g, gods.

God warns Moses against his people coming  together with these daughters, who would influence as women do. Three main points scream out at me from this one verse.

END_OF_DOCUMENT_TOKEN_TO_BE_REPLACED

The book of Exodus is quite adventure filled. Moses is kept hidden from Egyptian authorities during a Hebrew baby boy genocide. He then gets adopted by the daughter of the Egyptian pharaoh. He runs away gets married and comes back to Egypt to partner up with his brother Aaron in the mass exodus of the Hebrew people out of slavery.

Intertwined between these main ideas are some pretty unbelievable details. Moses meets God in a burning bush, God brings a ton of pretty gross and even gruesome plagues to the people of Egypt, God even separates the Red Sea in order to clear dry land for His people to make their escape. Throughout his journey there have been several women in Exodus who should be mentioned.

Catch up on HELLO WOMEN OF EXODUS here.

I’m back! After a bit of a blogging break, I think Nano Poblano took the wind out of me and I hadn’t noticed until I wasn’t blogging daily.

You ever get tired of waiting on God?

END_OF_DOCUMENT_TOKEN_TO_BE_REPLACED

I missed my weekly Friday Women of the Bible post last Friday. But the week before that I posted Zipphorah Part II on Moses’ wife.

Today I introduce to you Elisheba, Aaron’s wife. I love her name. I like the way it sounds in my mind. LOL…. because let’s face it, if I try to pronounce it out loud I’d probably butcher it.

23 Aaron married Elisheba, daughter of Amminadab44 and sister of Nahshon,45 and she bore him Nadab and Abihu,46 Eleazar47 and Ithamar.48

In Exodus 6:23 we learn that she is the daughter of Amminadab and sister of Nahshon.

After doing some cross referencing we can see that Elisheba was actually  a descendant from the tribe of Judah.

She must have been a strong woman to be the wife of one of the two men challenging the pharaoh of Egypt.

She had 4 children with Aaron.

She was a mother.

I imagine her as a warrior for some reason.

I’m encouraged by Elisheba. She reminds me that’s it’s OK to be a strong woman. 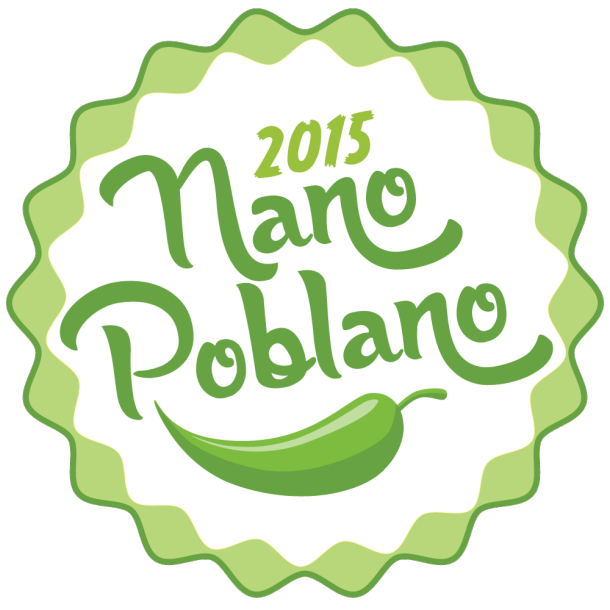